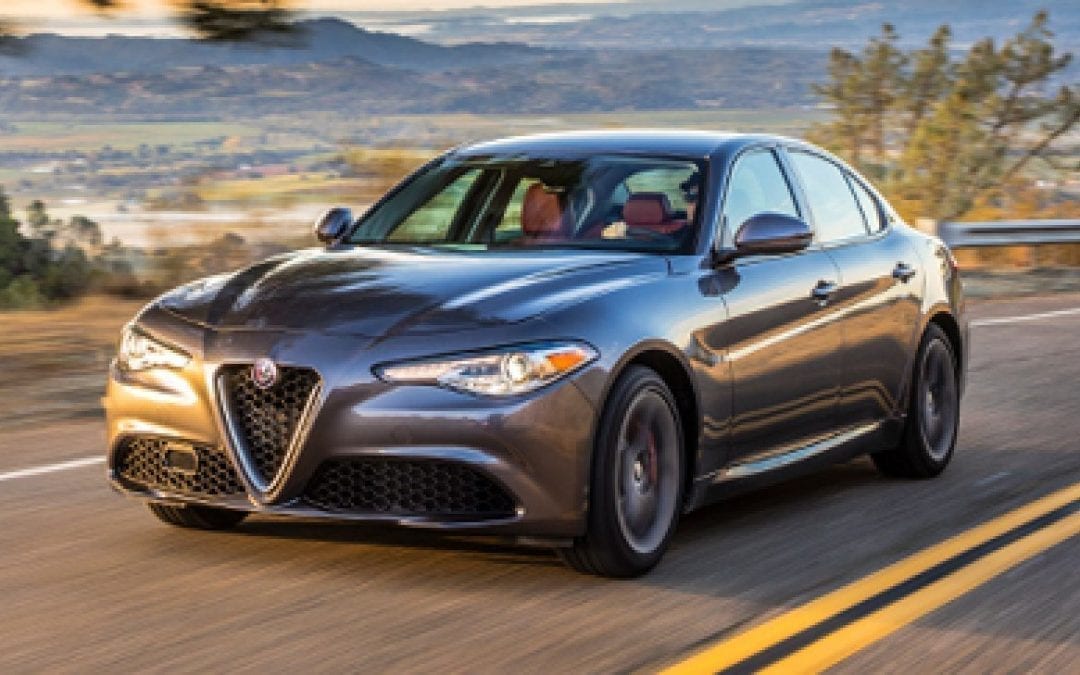 Let us appreciate the beauty of GIULIA: Next, we come to today’s focus, Alfa Romeo Giulia Quadrifoglio four-leaf clover, Giulia’s high-performance version, similar to the relationship between the 3 Series and M3, C-class and C63 AMG, even the Jeremy Clarkson gorilla in The Grand Tour I am full of praise for this car. In his tenth issue of The Grand Tour, this is the car that is this fabulous car, an epic car. a very different animal Generally speaking, looking at a car first looks at the exterior, but this Giulia Quadrifoglio clover directly breaks the routine and goes straight to the amazing 2.9L twin-turbo V6 engine on his body. We all know that Ferrari and Alfa Romeo belong to the same company. Alfa Romeo firmly claims that their 2.9t engine is completely masterpiece of their company. It is definitely not the Ferrari California engine. The version of the cylinder. It is a coincidence that Alpha explains why the two engines have the same cylinder stroke and cylinder angle. Well, since Alpha has said this, then this is a Ferrari engine, hehe. The Giulia Quadrifoglio four-leaf clover with the 2.9-liter twin-turbo V6 engine has 510 horsepower, which is a full 69 more than the BMW M3! The acceleration time of 100 kilometers is 3.9 seconds!

Even the Mercedes-Benz and BMW have the most powerful version, but the 4.0 seconds of the C63 S and the 4.3 seconds of the M3 racing limited edition are still in front of Giulia Qaudrifoglio. And his extreme went to 307 kilometers per hour! Had to be conquered by the performance of this Giulia Quadrifoglio. In order to evaluate the quality of each performance car, in addition to his acceleration performance, there is a more important criterion, which is the lap time he brushed at the New North Circuit in Germany. Giulia Quadrifoglio is a sly guy. At the Nurburgring, a Giulia Quadrifoglio Verde manual performance version ran 7 minutes and 39 seconds, and then a QV equipped with a ZF 8AT gearbox raised the score to 7. In 32 seconds. Directly throwing competitors Mercedes AMG and BMW M far behind, to know that BMW M3 scored 7 minutes and 50 seconds in New North, Giulia QV is 18 seconds faster than M3, for running track, Giulia QV and his competitors are not at the same level. I remember that the Porsche Paramera Turbo set the world’s fastest four-door coupe in New Taipei not long ago, but the record has not been maintained for a long time, and it was broken by Giulia Quadrifoglio. On the New North lap speed list, Giulia Quadrifoglio is ahead of the well-known 911 GT3 RS and 911 Turbo S, showing how amazing the Alfa Romeo made. In addition to the powerful engine, the Giulia Quadrifoglio has three tricks: an adaptive suspension system, a carbon fiber body and a Race mode. Let’s focus on his carbon fiber body and his Race mode. First of all, his carbon fiber body is not made of carbon fiber, but his body uses a lot of carbon fiber material, for example, he is stuffed into the carbon fiber drive shaft, the carbon fiber roof, and the carbon fiber engine cover. The body is made of a large number of aluminum alloy and carbon fiber materials. The curb weight is controlled within 1.5 tons and can reach the weight distribution of 50:50 before and after. Next, let’s focus on his trick, Race Mode, a mode that allows everyone who drives him to explode and eject. In Race mode, including throttle response, gearbox and steering, etc., everything is in a tight state, in which the body stabilization system can be completely closed, this time Giulia Quadrifoglio is very easy to do in the corner The beautiful tail drifting action gives the high-level driver a great freedom to fly on the track. Italy is the birthplace of the Renaissance. The Italians’ aesthetics of art are also comprehensive. For the interior of Giulia, we can see the Italians’ unique understanding of the lines. His central control reflects the softness and rhythm of the lines. The most intimate and minimalist is the Giulia Quadrifoglio sports seat with carbon fiber and a large carbon fiber trim and alcantara, a sporty steering wheel with excellent feel, and a double barrel instrument panel. I will send it out later. In contrast to his competitor BBA, Xiaobian personally feels that Giulia ranks first in terms of interiors, and the new Audi A4 has the second-class technical control and interior ranking, followed by Mercedes-Benz c-class. It is a BMW 3 Series that has not changed for many years.

In terms of appearance, the new Giulia inherits the design elements of the Alfa Romeo MiTo, 4C and other models, and the iconic inverted triangle air intake grille continues. At the same time, the high-profile model Giulia Quadrifoglio is also embedded with the classic “four-leaf” (four-leaf clover) logo on both sides. The size, shape and position of the logo make me feel that Giulia is a four-door. Ferrari! Giulia’s tail made me feel that I met once, yes! His tail is very similar to the tail of the Maserati GT!

The fascinating appearance, roaring sound, sharp handling, powerful performance and a large number of carbon fiber components are the exclusive signs of high-performance cars, which are available in these Giulia Quadrifoglio.