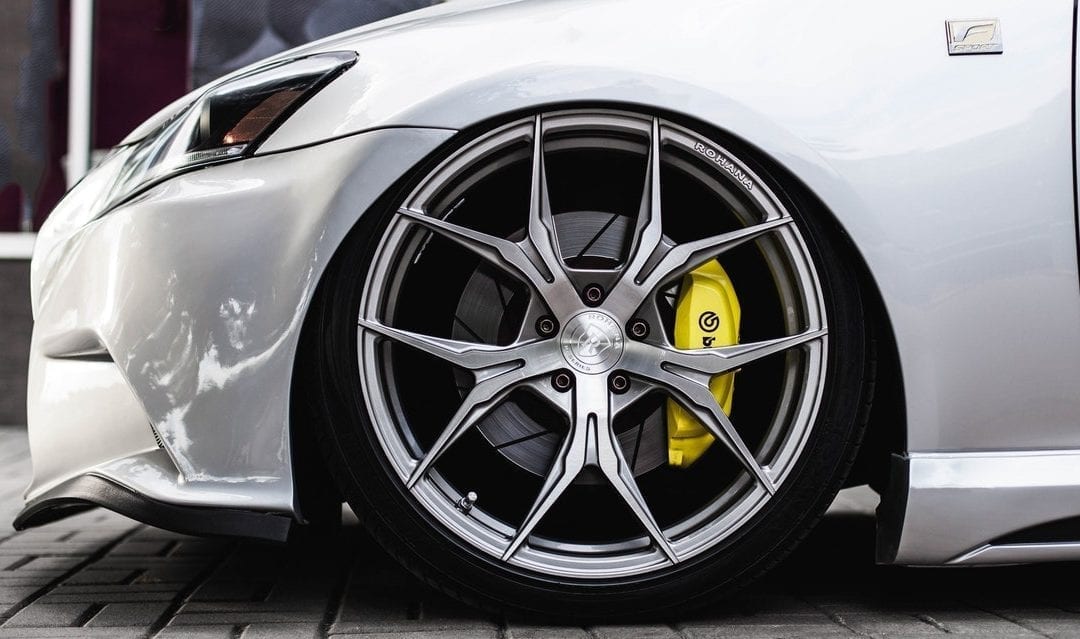 The new semester is coming, and friends who are studying in the United States should be ready. In the vast and sparsely populated United States, a car as a means of transportation is indispensable. How to choose a car? Budget and location are the primary considerations.
In terms of geographical location, if you are going to school in California or Florida, it is good to choose a handsome rear-wheel drive model and a convertible model. California’s oil price is also higher in the United States, so fuel-efficient hybrid or electric vehicles are also a good choice; if you go to school in the Midwest, you can save a lot of oil prices, but in the northern part of the Great Lakes, where there are more rain and snow in winter. It is best to choose a reliable four-wheel drive or SUV.
In addition to considering the special geography of the United States, performance, model, safety, consumer satisfaction, etc. are also worth considering. This year, the United States released the “Consumer Report”, based on performance, safety, reliability, consumer satisfaction and other aspects of testing, comprehensive scoring, selected 10 best models of all levels. Next, based on the official report and multi-channel survey, Xiao Bian compiled 10 of the most popular models in the United States (in no particular order) as a reference for car purchase. Each model has its own unique characteristics, you can choose to buy according to actual needs.
1. Small and medium SUV: Subaru Forester (Subaru Forester)

In the eyes of North American consumers, Subaru Forester is a practical and fun car that looks calm and not overstated. The turbocharged engine makes the forester more sporty, fuel efficient, and with the symmetrical full-time four-wheel drive system to improve grip, allowing control performance and safety to outperform the opponent.
The new generation Subaru Forester models include some safety features such as front-end collision warning and automatic emergency brakes in the EyeSight package. Overall, Subaru Foresters are a wise choice for consumers.
Model price: $27,145
Reason for purchase: Most satisfied with the compact SUV

2. Luxury medium and large: BMW X5
The new BMW X5 comes with a number of new configurations, including automatic LED headlights, panoramic sunroofs, dual 12.3-inch screens and more. Moreover, the new BMW X5 is also equipped with a dynamic damping control system and numerous safety systems, such as blind spot detection and frontal collision warning. More user-friendly configurations, such as steering wheel heating, engine remote start and heated armrests, will also appear in the higher-priced BMW X5.
In terms of horsepower, the xDrive40i and xDrive50i will have more horsepower than the models they replaced earlier. The former uses a 3.0-liter inline six-cylinder engine with a maximum horsepower of 339Ps, while the old xDrive35i has only 304Ps. The xDrive50i uses a 4.4-liter V8 engine with a maximum horsepower of 462Ps instead of the previous 451Ps.
In addition, in order to cater to the US market, BMW launched the M sports suit and off-road set for the new X5. The off-road kit includes an air suspension and a rear axle differential lock. Like the 40i standard configuration, it includes LED headlights, leather seats and steering wheel, adjustable damping suspension, panoramic sunroof, starting control and so on.

Model price: The minimum version is set to xDrive40i and the price is $60,700. The xDrive50i is priced at $75,750.
Reason for purchase: Most satisfied with luxury SUV; off-road capability improvement

3. MPV model: Toyota Sienna
Toyota Sienna is called Senna in the country and appears as a big trade car in the comprehensive distribution store and port of Beishangguang. The reason for the popularity is very intuitive: the car is really big, the driving field is wide, it is difficult to be blocked, even if you encounter the full-size pickup of the F-150, you don’t feel inferior.
Moreover, the steering wheel of this model is light enough, and the turning of the steering wheel is not laborious, and the power of the 3.5V6 engine is abundant, which greatly solves the cumbersome feeling of the handling of the big car. Especially at high speeds, Sienna’s high sitting position, high power, flexible steering and brisk throttle give you a relaxed and even more than some cars.
According to the US Consumer Report, the MPV is fully powered and equipped with a four-wheel drive system. Its abundant interior space can even hold 8 big men. In addition, its fuel consumption is impressive in such a large model.

Model price: about 39,000 US dollars
Reason for purchase: Most satisfied with MPV; cheap and big bowl

4. Small new energy vehicle: Chevrolet Bolt EV (Chevrolet Bolt)
Like the domestic market, the market space for new energy vehicles is very large. In the first half of 2018, the sales volume of this model in the United States alone reached nearly 8,000. The Chevrolet Bolt is a hatchback pure electric small car launched by General Motors in 2016. The EPA’s EPA has a total cruising range of 383km. Its power battery uses a 60kWh LG battery, and the 0-100km/h acceleration time is less than 7 seconds.
According to the Consumer Report, the Chevrolet Bolt’s small hatchback electric car provides fast acceleration and flexible control, making the boring electric car also a lot of fun for driving. The car price and high endurance after the purchase tax concession are very close to the people, it can be said that it is the best performing city electric car in the US market today.

5. Luxury brand small car: Audi A4
Audi A4 is enough to attract people’s attention in sports, luxury and design, and has obvious improvement in handling performance. High driving satisfaction. With the powerful four-cylinder turbo engine, the Audi A4’s power is excellent but stable. convenient. The four-cylinder turbocharged engine is accelerating, but it doesn’t cost oil.
The interior quality of the car is very high, the central control panel looks neat and modern, the front seats are well supported and comfortable, but the rear seat space is slightly cramped. For the discerning consumer, the Audi A4 is a good choice for this exquisite car. In terms of safety, the Audi A4 comes standard with front side collision warning and urban automatic emergency braking.

6. Small car: Toyota Corolla (Toyota Corolla)
Corolla has always been considered a representative of “buy a food truck” and is definitely worth considering for international students with low budgets. The Corolla is small in size, but the interior is relatively spacious, the rear row is not crowded, and the ride comfort is high. Safe handling, good driving feel and low fuel consumption.
The Corolla car has no surprises on the list. In the Consumer Report’s ring high-speed test, fuel consumption is as low as 5.5L. At the same time, Corolla comes standard with front side collision warning (FCW), pedestrian detection, automatic emergency braking, lane departure warning and lane keeping assist, which can be said to meet the full range of needs of small car consumers.

7. Pickup: Ford F-150
Ford’s hot sale in F-150 in North America does not require much explanation, comparable to the representative car in the cargo card industry. Powerful, with the advantages of weight reduction design and turbocharged six-cylinder engine, the F-150 excels in its competitors. It is equipped with a 2.7L V6 engine. The overall fuel consumption is 12.4L per 100 kilometers, with fast acceleration and strong traction. In particular, after the new F150 was changed to aluminum materials, its own weight and fuel consumption were reduced.
In terms of intelligent network connection system, the F-150 is equipped with Ford’s Sync 3 entertainment information system and Pro-Trailer Backup Assist system. The passengers have plenty of space and plenty of space for tools. Although the driving feel of the F-150 cannot be compared with a car or an SUV, it is definitely an excellent truck.

8. Medium car: Toyota Camry
In the first half of 2018, the Camry is still the best-selling sedan in the United States, and its sales volume has remained relatively stable, increasing by about 1.1%. The car has entered the 8th generation and is based on Toyota’s new TNGA platform. The driving experience has been greatly improved. The Camry is equipped with a four-cylinder naturally aspirated engine with a fuel consumption of 7.4L per 100 kilometers. The mixed LE version surrendered a good result of 5L per 100km in the test reported by the consumer, close to the level of the Toyota Prius.
The handling is smooth and the driving performance is good. The SE/XSE sports version enhances the sportiness at the expense of comfort and comfort. In terms of safety, front-end collision warning, automatic emergency braking, and lane departure warning are standard, and blind spot detection and reversing warning system are optional.

9. Sports car: Mazda MX-5Miata
Of course, in so many models, you can’t miss the sports car. Especially for younger students, the stylish and affordable sports car is still very attractive. The Mazda MX-5 series sports car has many fans abroad, and the last model is the fourth generation Mazda MX-5, which was launched in September 2014 and launched in mid-2015. Mazda MX-5Miata body compact, precise control, although the performance is far less than the high-end super run, but the control checkpoint, the price is close to the people!
It is worth mentioning that the Mazda MX-5Miata is equipped with a 2.0L Chuangchi blue sky naturally aspirated engine. Due to its light weight, the power is still considerable, with a fuel consumption of 6.91 liters/100 kilometers.

10. Luxury SUV: Lexus RX
American consumers love Lexus as much as the BBA in the eyes of Chinese people. RX inherits Lexus’s consistent technological dynamic style and has a high price/performance ratio in its class.
As the first model equipped with the LEXUS G-BOOK smart co-driver in markets outside Japan, the Lexus RX is equipped with an in-line four-cylinder overhead dual camshaft engine with a displacement of 2.7 to 3.5 liters, thanks to the addition of a dual intelligent timing variable valve. The control system allows the Lexus RX to have more efficient fuel economy and lower emissions. In addition, the Lexus RX’s large interior space is also ahead of the same class, which can fully meet the diverse needs of family members, and is suitable for daily travel or tourism.
In addition, the Lexus RX is equipped with an information operating system that provides users with a superior and respected driving experience. The comfort of the Lexus RX is reflected in the three aspects of comfortable driving, low noise and sensitive steering. According to the Consumer Report analysis, comfort is an important part of the RX level over the German opponents.