you need to know before buying a car 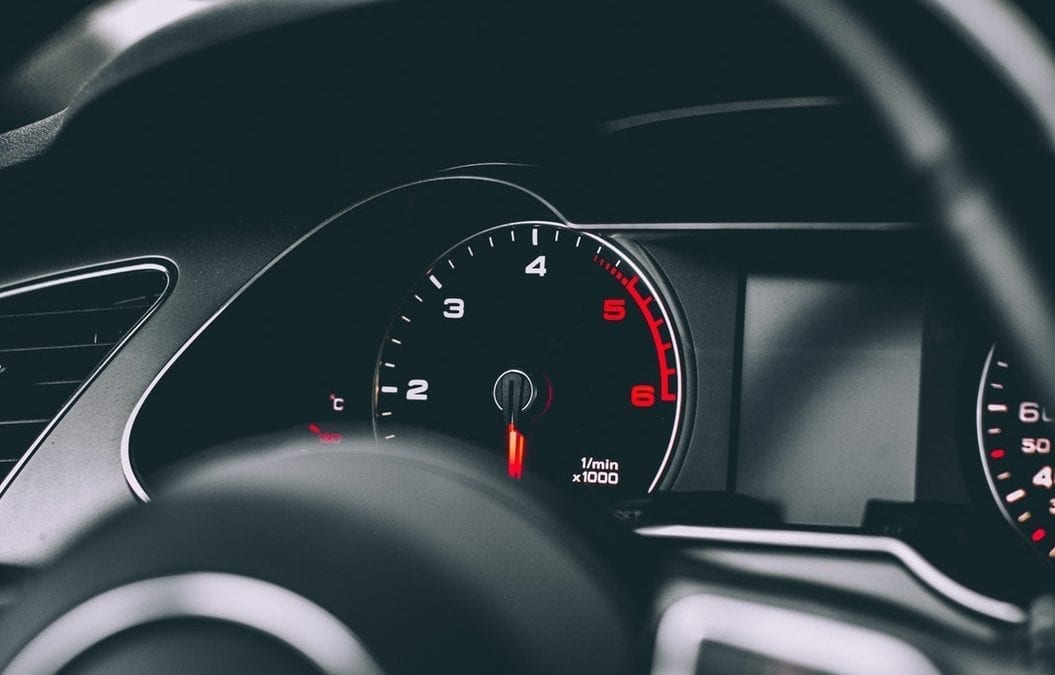 There are many examples of this, driving the Odyssey, no more than three people on a weekdays; driving Toyota overbearing, never stepping through the wild dirt road; instead, driving Wuling Hongguang, pulling people to pull goods without delay . The application of the model is the minimum standard you have chosen, and it is the best for you.
There are many standard classifications for cars. There are hatchbacks and sedans that are common in cars. According to the body type, they can be divided into load-bearing bodies and non-load-bearing bodies (PS. This parameter is especially important when examining the off-road performance of SUVs).
The scientific classification of the car class is divided according to the wheelbase. Commonly used are mini vehicles (A00 class), small car (A0 class), compact car (A class), medium car (B class), medium and large car (C Level), luxury car (Class D), SUV, MPV and other models.

Mini-car (A00 class): The representative models are Chery QQ, BYD F0, Mercedes-Benz Smart, etc. The wheelbase is between 2.0 meters and 2.3 meters. The body length is within 4.0 meters, and the engine displacement is about 1.0 liter. The mini-car is small in size, low in fuel consumption and low in price, suitable for transportation, grocery shopping and commuting.

Small car (A0 level): The representative models are Volkswagen POLO, Suzuki Swift, Honda Fit, etc. The wheelbase is between 2.3m and 2.5m, the body length is between 4.0m and 4.3m, and the engine displacement is 1.0. Between 1.5 liters. This level of car, suitable for the use of a family of three, the birth of a lot of civilian performance cars, the degree of civilian super-run is called A0 level.

Compact car (Class A): The representative models are Audi A3, Volkswagen Sagitar, Mazda3, etc. The wheelbase is between 2.5m and 2.7m, the body length is between 4.2m and 4.6m, and the engine displacement is 1.6L. Between 2.0 liters. The compact car is relatively spacious to ride, and the first car in the family is basically enough. The main force of the city taxi is almost this class.

Medium-sized car (Class B): Representative models Honda Accord, BMW 3 Series, Volkswagen Magotan, etc., with a wheelbase between 2.7 meters and 2.9 meters, body length between 4.5 meters and 4.9 meters, engine displacement of 1.8 to Between 2.4 liters. Nowadays, in many cities, the network car is required to be a B-class car. This model is enough to prop up a certain facade.

Luxury car (D-class car): The typical luxury car is Mercedes-Benz S-class, etc. Its wheelbase is more than 3.0 meters, the body length exceeds 5.0 meters, and the engine displacement exceeds 3.0 liters. The interior of the car is extremely spacious, and many cars are tailored to the needs of the customer. Many configurations can be described as “luxury”.

SUV
Here, the SUVs are listed separately to classify and talk about, because it involves an important concept of “four-wheel drive”. Although the same model is equipped with a “four-wheel drive” car, it costs a lot of money, but the four-wheel drive has outstanding power and strong passability. Off-road function, but it is not all-encompassing. The two-wheel drive SUV also has the advantage of good passability, the price is more reasonable, the fuel consumption is lower, and the off-road and urban roads are taken into consideration. The specific choice depends on individual needs.

MPV
Models such as MPVs and station wagons are relatively small, but if space-oriented is used to clarify demand, many good cars are worth buying, such as Baojun 730, Honda Odyssey, and Volkswagen Sharan.

As far as the engine is concerned, it is better to have a larger number of cylinders. Under the same conditions, there are four cylinders that do not buy three cylinders, six cylinders that do not buy four cylinders, and so on. In addition, the use of chains is generally better than the use of belts; the ratio of T to T without T, but not too much, and the T does not necessarily burn engine oil; VVT, DOHC, FSI and other technologies are good technology, More and better.
ø engine parameters
It is said that Le Yue’s boss, Jia Yueting, built a car FF91, which has the highest linear acceleration performance in the world. It accelerated 2.39 seconds per 100 kilometers and took a few streets in Tesla. However, the linear acceleration performance can only represent a small part of the function of the vehicle. After the two detours, Tesla had no shadow before, and the FF91 went out of the ditch early.
This involves the concept of maximum power and maximum torque. Many people will directly compare these two values to determine which car is faster. It can be used to get the maximum power when the car is stepped on the throttle to 6000 rpm. Normal people can’t run.
For the average person, I think it is more important to pay attention to the output range of maximum power and maximum torque, which will play a key role in daily driving experience.
The lower maximum torque output speed will make you feel that this car is very strong in daily travel, especially when the vehicle starts, high speed overtaking, etc.
The smaller the difference between the maximum value of the maximum torque output and the highest value of the maximum power data, the more confidence you will feel when you are accelerating at high speed or overtaking, that is, the stalwart described by many car critics.
ø boost technology
The current mainstream engines are turbocharged, naturally aspirated, hybrid and electric vehicles. Hybrid and electric vehicles are the future development trend, and they are far from becoming the mainstream of the market. They are not discussed in detail here.
Naturally aspirated engine: On behalf of the car enterprises for Toyota, Honda, Mazda, the advantages are mature technology, low failure rate, suitable for household use, the disadvantage is that the same displacement of the supercharged model is weaker fuel consumption. Honda’s Earth Dream engine is the only one in the world, and the natural aspirated engine is preferred for home use.
Turbocharged engine: The turbocharged engine is widely used in the current application. The principle is to use the exhaust gas circulation to pressurize. The advantage is that the small displacement and high horsepower are also fuel-efficient. The disadvantage is that the engine works with high temperature, high failure rate and maintenance cost. high. Relatively speaking, Volkswagen has improved the turbocharger and added an intercooler to the turbine, which has a high market acceptance.

The importance of the engine for a car is self-evident. However, a good engine is in vain if it does not match a suitable gearbox.
The gearbox is related to the efficient and smooth output of the engine’s power, which in turn affects driving pleasure, car comfort and fuel economy.
The gearbox achieves the purpose of shifting and torque changing through different gear combinations, allowing the car to achieve different traction at different speeds. That is, let the vehicle run a farther way with less oil.
The main types of transmissions are the following four types: manual transmission, AT transmission, DCT (double clutch) transmission and CVT (continuously variable transmission) transmission. The various gearbox principles and advantages and disadvantages are not explained in detail. At present, all kinds of gearboxes on the market are mature and there is no high score. For the gearbox, here are some tips.
ø If you are obsessed with driving pleasure, or have a limited budget and want low fuel consumption, it is recommended to choose a manual transmission model.
øAble to drive easily, reliability-oriented optional AT gearbox or manual transmission gearbox, fuel consumption is slightly higher;
ø I think that all aspects are balanced, and I like the leading technology to choose the DCT (dual clutch) transmission model;
ø I want to drive easily, pay attention to smoothness, and take into account the fuel consumption, consider the CVT (continuously variable speed) transmission model;

The number of traffic accident deaths per year is over 60,000, and vehicle safety cannot be ignored. The general impression is that the safety of Japanese cars is not as good as that of German cars, American cars, or even domestic cars. What is the truth?
First of all, the thickness of the sheet metal of the vehicle, whether there is anti-collision steel beam is only a perceptual understanding, these have little effect on vehicle safety.
In order to intuitively let everyone see the comparison of safety performance, we recommend that you look at the C-NCAP crash test results, not because he is the most rigorous crash test, but because he is the most grounded crash test, basically including It is a joint venture and self-owned brand model that is sold in the domestic mainstream. One word of advice, try not to buy a non-five star.
In addition, regarding the safety configuration, the more the better under the same conditions, the airbags are much less than the airbags, and various electronic aids such as ABS, EBD, ESP and other security systems are more beneficial, and can save lives at a critical time.
Advice, most of the collision test responses are only passive safety. Safety configuration requires special conditions. For ordinary consumers, safe driving is more important than any safety device.

In general, it is recommended that you be demand-oriented when buying a car.
After determining the basic car demand, find the target car system on the relevant website, and try to make a choice in the high school and low school by test drive.
Really ready to save money, be sure to listen to the car owner’s evaluation of the car, such as the stability of use, fuel consumption, maintenance and repair costs, and even insurance rates, after considering these, I believe You will have an ideal choice, if the price is right, you can directly shoot.
Finally, I hope that everyone’s life will be more comfortable and convenient because of the car.